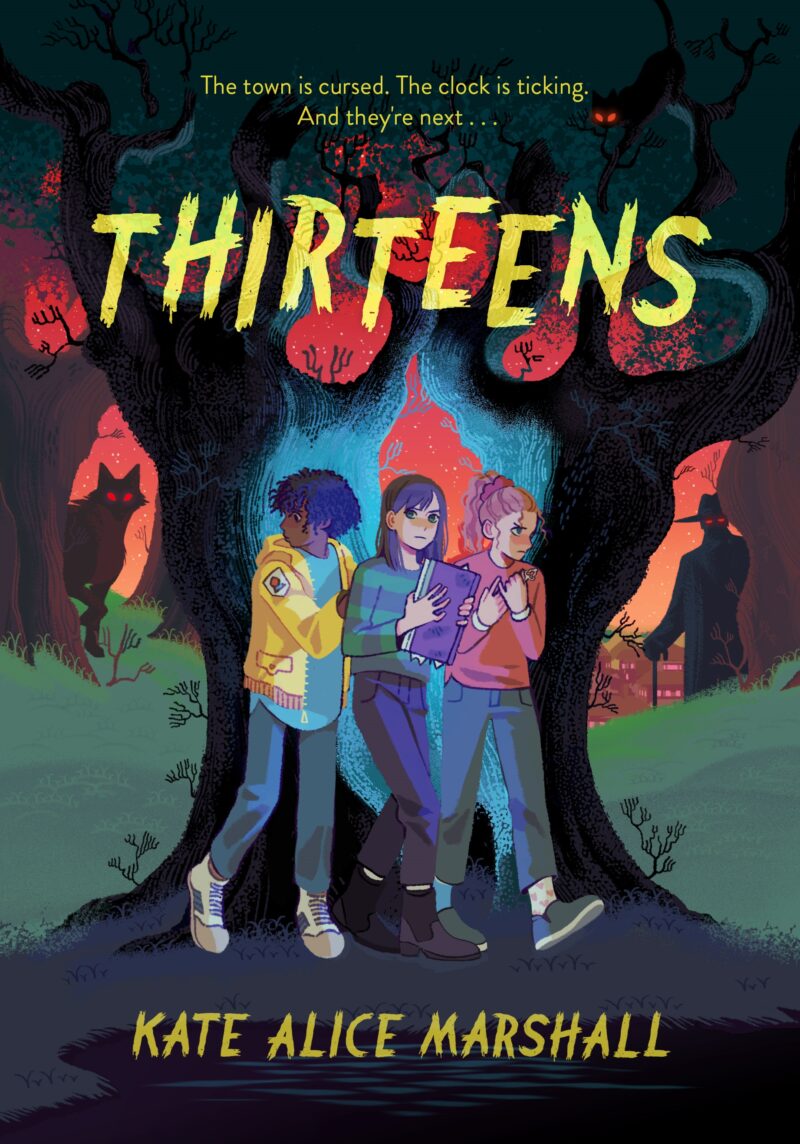 Neil Gaiman’s Coraline meets Stranger Things in a dark and twisted story about a sleepy town with a dark secret–and the three kids brave enough to uncover it.

Every thirteen years in the town of Eden Eld, three thirteen-year-olds disappear.

Eleanor has just moved to the quiet, prosperous Eden Eld. When she awakes to discover an ancient grandfather clock that she’s never seen before outside her new room, she’s sure her eyes must be playing tricks on her. But then she spots a large bird, staring at her as she boards the school bus. And a black dog with glowing red eyes follows her around town. All she wants is to be normal, and these are far from normal. And worse–no one else can see them.

Except for her new friends, Pip and Otto, who teach her a thing or two about surviving in Eden Eld. First: Don’t let the “wrong things” know you can see them. Second: Don’t speak of the wrong things to anyone else.

The only other clue they have about these supernatural disturbances is a book of fairytales unlike any they’ve read before. It tells tales of the mysterious Mr. January, who struck a cursed deal with the town’s founders. Every thirteenth Halloween, he will take three of their children, who are never heard from again. It’s up to our trio to break the curse–because Eden Eld’s thirteen years are up. And Eleanor, Pip, and Otto are marked as his next sacrifice.