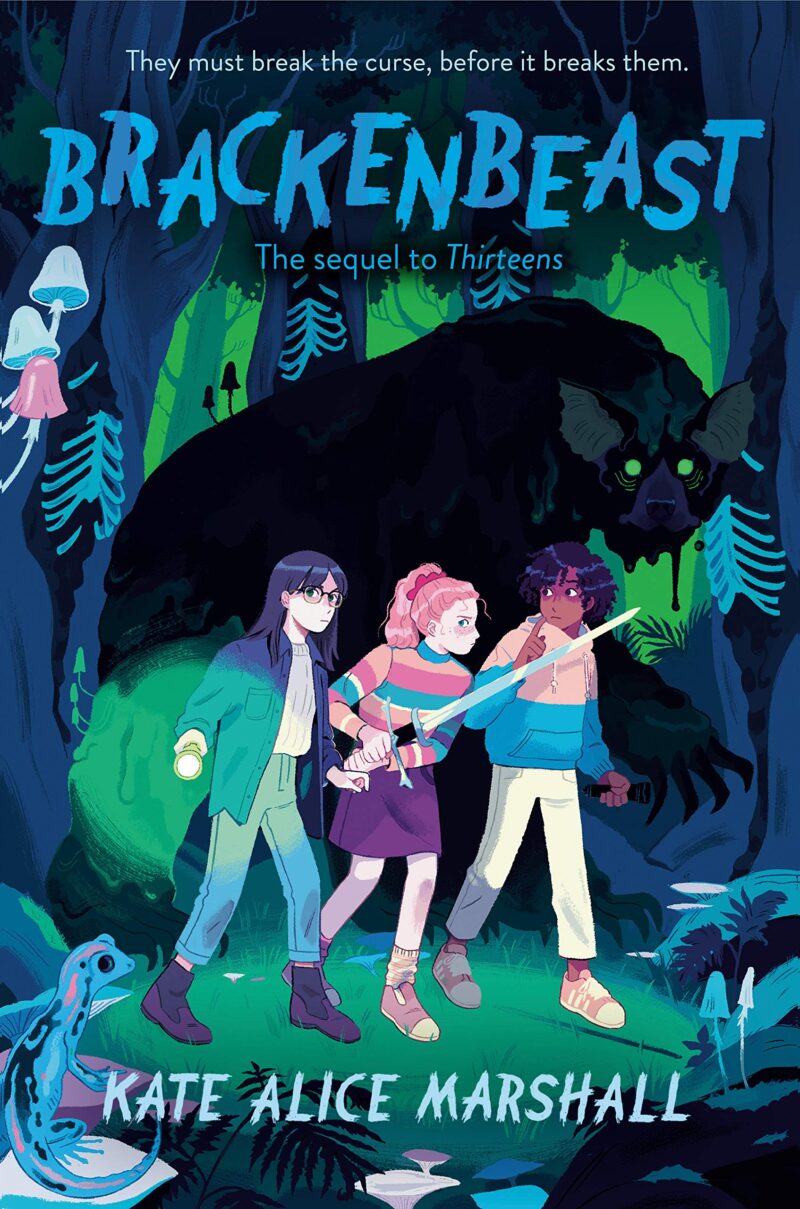 A twisty, creepy follow up to Thirteens, for fans of Neil Gaiman’s Coraline and Stranger Things.

Last Halloween, Eleanor, Pip, and Otto narrowly escaped the clutches of the evil January Society and their leader. But life in the too-quiet Eden Eld isn’t safe just yet: according to the bargain they made with Mr. January, it’s now his sister’s turn to hunt the three of them. And her methods are a bit more…treacherous.

When their friends and neighbors begin disappearing, abducted by strange, mud-drenched monsters, Eleanor and her two best friends must race to uncover their enemy’s secrets. If they fail, their families will be next.

Stalked by the relentless mud beasts, they have to find a way to escape using their trusty book of twisted fairytales, their wits, and their friendship. But they quickly learn that the power of the stories they’ve turned to for help has a stronger hold on them—and their futures—than they realized. Even if Eleanor and her friends survive, they won’t end this journey the same people.